How Much Money Do Authors Make? 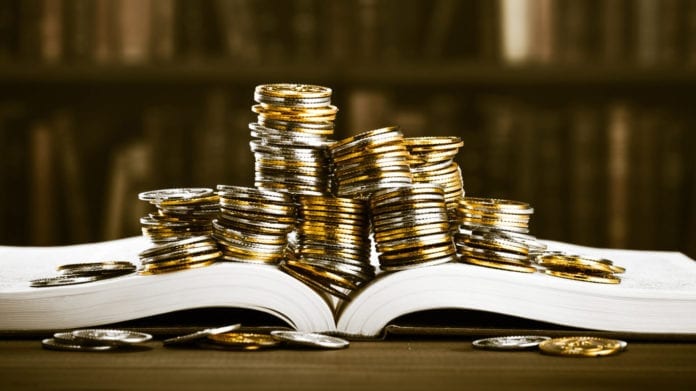 The first question on the lips of anyone trying to enter a particular career field is; “how much can I possibly make from doing this?” While a significant amount of people get into a career out of the passion they have for it, a lot more do it because of what they are to gain from doing so.

Writers are not different, most especially because a large number of book authors do not collect an annual salary from an employer, hence the reason why they are widely regarded as “starving artists”. Authors instead rely on advance payments from publishers and royalties from book sales for their income. This was especially so in the 20th century and early 21st century when the traditional publishing industry turned away almost everyone, leaving only the creme de la creme who earned millions of dollars each year by writing one best-seller after another.

Things have, however, since changed in the industry with self-publishing becoming possible. There are now so many authors out there making a healthy living doing something they truly enjoy. According to the U.S. Bureau of Labor Statistics, about 131,200 people were employed in the U.S. as writers and authors in 2016 and they earned a median annual salary of $61,240 per year.

How much an author makes depends on the following:

The Income of Traditionally Published Authors

Authors who are traditionally published are paid an advance fee by the publisher before the book is published. This advance is a prediction of how well the publishers think the book will sell in the first 6 to 12 months after publication. A large advance fee further indicates that the publisher will extensively market the book so that they can recoup their investment. But if at the end of the day the book does not make as much as the advance that was paid, the author could end up owing their publisher.

For good authors who are starting out, publishers usually pay an advance in the range of $5,000 to $10,000. This means that for them to break even on a book that costs $10 per copy, they would need to sell about 1,000 copies. After this, the author will then begin to earn royalties that are usually about 10%. The percentage may rise to 15% with the number of copies sold.

Books authored by established writers or famous people such as politicians usually fetch a higher advance fee because there is already an audience and curiosity is high on what will be said in the book, making publishers more confident that the book will sell so many copies. An example of this was when Hillary Clinton was paid an advance of $14 million by Simon & Schuster for her 2014 book Hard Choices which detailed her time as Secretary of State, a period that saw the ouster and death of Libyan leader Moammar Gadhafi and the assassination of Osama Bin Laden.

Barack Obama topped that figure in 2017 when he was paid $20 million for Dreams from My Father. Unfiltered and sincere commentary of global events from such people generates curiosity and is a clear indication of how sales would go. How Much Money Do Bestselling Authors Make?

Authors who have their books feature on a best-seller list, like that of the New York Times, Wall Street Journal, USA Today, or Washington Post, are able to sell at least 40,000 copies a year. At least 5,000 copies are expected to be sold each week after its release for it to earn a top spot on the bestseller list.

With such a level of sales for a book priced anywhere between $10 to $30, the author is going to be able to break even on their advance very quickly to start earning royalties which can rise to about 15%. This means that a best-selling author who sells 40,000 copies a year will be making between $60,000 and $180,000 per year.

Other than book sales, most best-selling authors who have ranked among the highest-paid authors in the world have made a huge chunk of their money from the relationships they create with their books. According to Forbes.com, authors like J.K. Rowling, John Grisham, Stephen King, and Tom Clancy earn millions because many of their novels and books have been turned into films. Warner Bros notably paid J.K. Rowling $500,000 for each of the first four Harry Potter films.

Breakdown of the Earnings of a Best Selling Author

The Earnings of a Self-Published Author

The number of books a self-published author could be able to sell will also be significantly lower than their counterparts, especially if they are just starting out. This is because they do not have a reputation and a publisher selling their book to bookstores and/or getting them into libraries all over the world. They also do not have the time and experience to market their book well enough. For these reasons, most self-published books only manage to sell about 100 print copies in their lifetime. More sales can, however, be garnered from e-books.

How Self-Published Authors Make Money From Selling Their Books Online 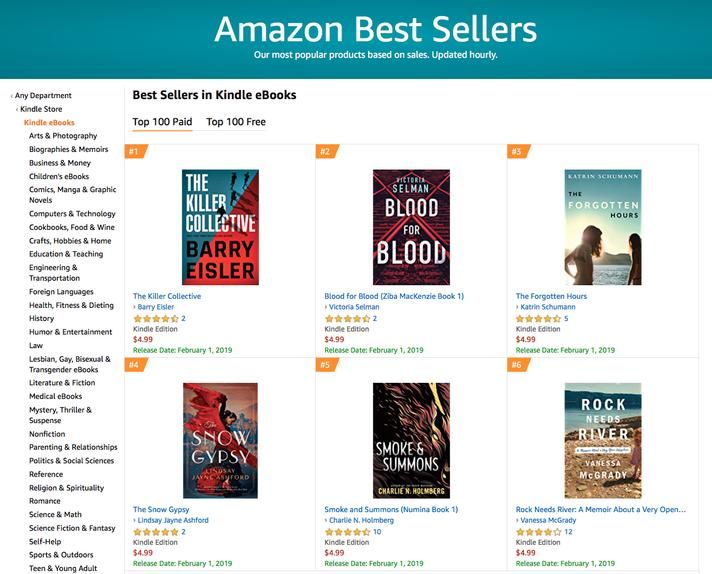 The publishing industry has not been left out from the list of industries and businesses that the internet has revolutionized. The World Wide Web has created somewhat of a level playing field, allowing authors to take control and publish their work without going through traditional publishers.

While there are several ways through which an author can publish their work online and make some money, Amazon self-publishing has become a favorite because of the profit potential and ease of use. It helps that the platform is the world’s largest online bookstore so authors do not have to worry about reaching their target audience as there is an audience for just about any topic.

A self-published author on Amazon retains the rights to their books and can set their own prices. At the end of the day, Amazon pays 70% royalties of the net profit. That means that for every book that is sold on the platform, they get to keep up to 70% of the sale price while Amazon keeps the rest.

One thing to note is that authors do not need to write long books when self-publishing books on Amazon. You can start off by writing shorter books that are less time-consuming and labor-intensive which focus on a singular topic and charge a lower price for the books. It is reported that books priced between $2.99 and $9.99 generate the most amount of sales revenue per book sold. Also, aim to have at least two books on Amazon for better sales. The more books that are published, the more effective your marketing will be because it will affect sales on all of your books. This is because it is easier for a previous buyer to buy a second and third book than to get a new buyer.

Breakdown of the Earnings of a Self Published Author

What Genres Generate The Most Revenue For Authors?

Authors in specific book genres are found to be more successful than their counterparts in other genres because of the demand there is for such books. This then means that there is more competition in these higher-grossing genres. It is best for a writer who is starting out to not just focus on writing books in the higher grossing genre bracket but rather on where their strengths lie the most. Regardless, here is a list of the most profitable literary genres.

With the success of people like Danielle Steel who has sold over 800 million copies of her books to be the best-selling romance writer in the world, and books like Bared to You, Claimed, A Heart of Blood and Ashes, and the Fifty Shades of Grey trilogy, it is no surprise to find out that this genre pulls in the big bucks.

A good mystery book is everlasting. Take Agatha Christie’s And Then There Were None (1939) which is among the best-selling books of all time. Currently, the top-selling author in the mystery & crime genre is James Patterson, who has made over $700 million in the last decade.

This category of books is reported to be worth $11 billion dollars a year, with $720 million of that generated by book sales. The highest-selling books in this category are usually memoirs.

Fantasy & sci-fi books make up a huge chunk of the list of best-selling books of all-time. If you need any pointers to how successful writers in this genre are, you do not need to look further than J.K Rowlings’ Harry Potter series of books.

It definitely takes skill to write a book that will appeal to a younger reader. However, if one is able to successfully do this, there are a lot of parents who are willing to buy books for their children.