Giving gifts is an attitude that when inculcated leaves us with the best sense of belonging. It doesn’t really have to be the regular cards, flowers, perfumes, or teddys, most times we should explore different gifting patterns. People have their favorites or rather people are fans of one thing or the other, our gifting attitude ought to extend to this part. When manga and anime pop up, Naruto gifts are the best fit here.

Here are The Greatest Naruto Gifts For Naruto and Ninja Fans 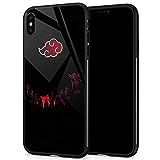 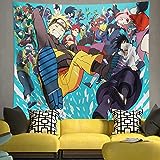 When you have a Naruto and Ninja fan around, you’ve spontaneously got a pretty furious case on your hands. Since the manga and anime series release, much impact has been made on the world at large and has become a perfect choice when it comes to the concept of toys and gift items. Naruto gifts items for fans in this aspect aren’t meant for kids alone, teens and adults also have a place here. With all the stuff around, you know you are in for a challenge when looking for that amazing gift.

Making choices of gifts for a Naruto fan can be tough only when you don’t know much about the manga and anime series. However, it is easier to overcome the hustle and tussle when you take the following steps in choosing Naruto gifts.

What Exactly is Naruto?

Though you might not know anything concerning Naruto or ninja, here are few things to know about the series that will save you the stress of making wrong choices. Manga is a comical or graphical novel that originated in Japan. Anime illustrates animated works that fit in for both adults and kids, it also originated in Japan.

Naruto is a top-rated Japanese manga series from the Shonen genre written and illustrated by Masashi Kishimoto. It illustrates the story of a young ninja, Naruto Uzumaki. He is the protagonist and a boastful teenage ninja from Konoha, the Hidden Leaf village. Though not the most talented teenager, he wanted his peers to see his relevance, always trying his best to complete missions, and protecting his family and friends from villains. The young ninja always dreamt of becoming the Hokage, the leader of the village which he eventually became.

After the completion of Naruto, the story of Buruto came up as a continuation of the series. Buruto Uzumaki is the main character in Buruto and the son of Naruto. It’s no doubt that Buruto was also ambitious and adventurous like his father as he also set out to become a Ninja just as his father with the others.

Though cues were taken from the real-life Ninjas that once lived in Japan in the making of the Japanese series, however, there are still many differences. The story is told in two stages, the first was in Naruto’s pre-teen years and the second was his teen. It is an adventurous fiction, fantasy comedy, and martial arts.

It was serialized for the first time in 1999 with the final chapter completed in 2014. The anime series following the Manga began in 2002 and ended in 2007. However, the author is always prepared and launched a new series Naruto Shippuden, which continued the second half of the story and ended in 2017

The story happens only in a fictional world where many ninja villages are kept as a secret from the world. It evolves around Naruto’s adventure to become a great ninja and ruler to bring the world together against an impending threat. He creates a team during his adventures with interesting characters, improves on powerful skills, overcomes dangerous adversaries with his team though he struggles with a demon living inside of him.

Combining the fast-growing anime, energetic dialogue, and unique artwork, to illustrate a story, anime has completely encapsulated itself famously and graphically across the Terra. It has proven itself to be a culturally observable fact by upholding the wide range of audiences outside its source which is Japan and conveying a clear picture of the Japanese culture for better understanding and appreciation.